I (Bethany) was surprised to be notified that I would be introducing Brian at his talk at the American Psychological Association convention in DC. Given this meant I could not be watching the kids separately, we decided to all go to the talk & have some fun with it. After I did the typical, boring intro, I noted that “I would be remiss if I did not highlight Brian’s most productive and successful area of collaboration…,” and pointed to the kids. I then invited the girls to add a few words of introduction. 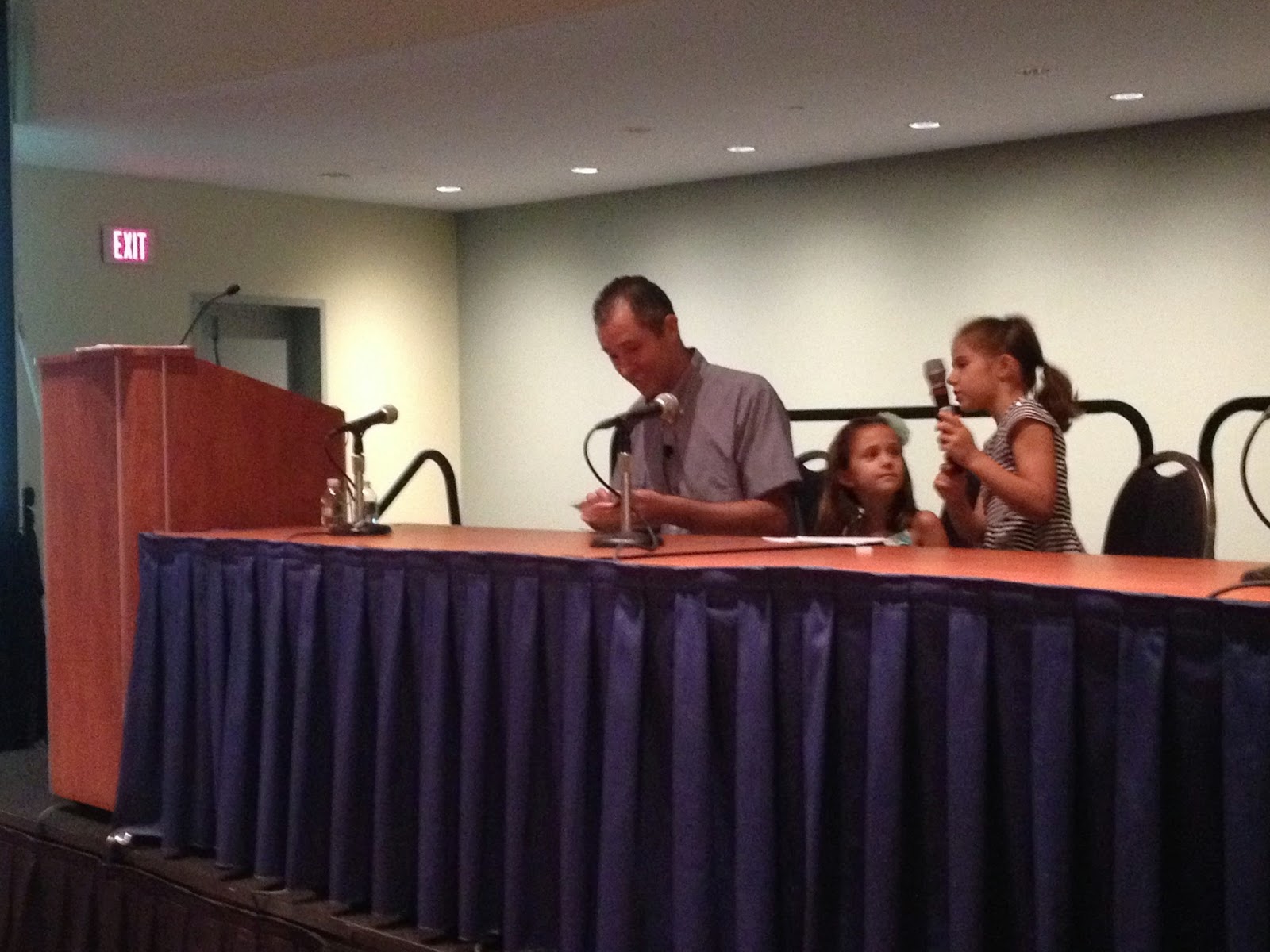 Haven: My daddy is Brian Nosek. He is the best daddy ever! He is also a researcher and studies hard. When there’s a problem he’s the one to fix it! But the only way don’t like his work is when I don’t have a babysitter. Because he has to stay home. But the only thing I wonder is just because he is missing one day of work he has to stay on the computer aaaaaaaaaaaaaaaaaaaaaaaaaaaaall day. He tries to make it easier for scientists to share their work. three cheers for my daddy!

Joni: Hello, this is the bearded guy. (Note, no one actually heard this line bc of Joni's squeals of laughter into the microphone.)
Posted by Bethany and Brian at 6:48 PM